John Doherty, left, chairman of the Munster Community Schools Board of Trustees, told the House Election and Allocation Committee on Tuesday that he opposed legislation that would force school board candidates to stand stand for partisan elections. 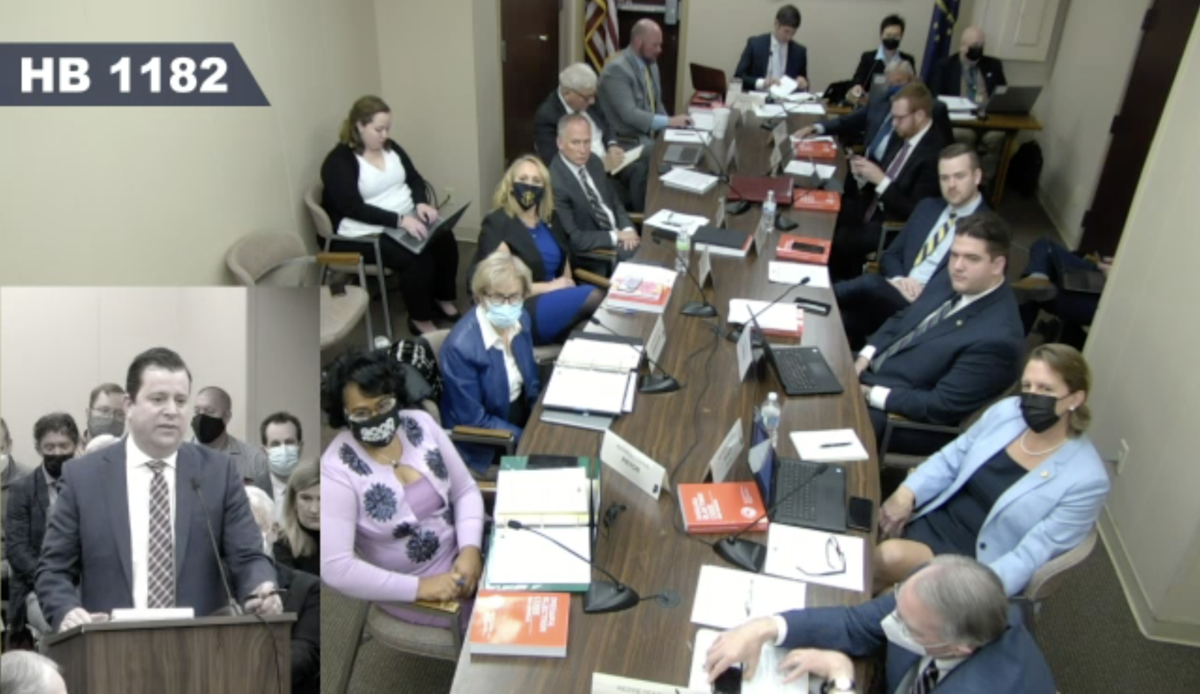 Brandon Kroft, left, from Chesterton, a member of the Duneland School Corp. for seven years, told the House elections committee on Tuesday that recent attempts by national parties and interest groups to inject partisan politics into school board meetings have only led to conflict , worrying threats and sometimes violent clashes.

Candidates for local Indiana school boards may soon be required to run for office with a political party label next to their name.

House Bill 1182, sponsored by State Representative JD Prescott, R-Union City, would end the state’s long-standing practice of non-partisan school board elections by requiring every school board candidate to s’ identify as Republican, Democrat or Independent.

Prescott said attaching a party tag would promote “transparency” by giving voters more information about school board candidates, who he said are often not personally well known to voters, let alone their positions. on important issues.

“School boards manage one of the largest budgets with our locally elected offices,” Prescott said. “When I look at Republicans or Democrats, I think you can tell the difference between financial responsibility and moral character in some cases.”

The Republican-controlled panel will decide in the coming weeks whether to advance the measure in the entire House.

John Doherty, former chairman of the Munster school town board and a self-proclaimed conservative Republican, told the committee partisanship had no place in school board meetings.